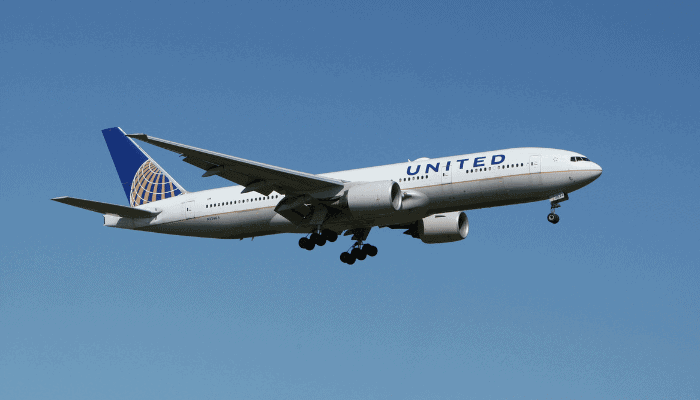 If you’re going on a trip, consider bringing your electric bike. On an e-bike, you can visit sights that tour groups would never see otherwise.

Save money on taxis, trains, and buses when you ride your e-bike during your trip.

Flying with an electric bike on a plane may be difficult, if not impossible unless you are familiar with FAA, TSA, and airline regulations.

Continue reading to learn about the challenges you may experience while attempting to transport an electric bike on a plane. Then, learn how you might plan to overcome them.

Is It Possible to Take an Electric Bike on a Plane?

While you may be allowed to transport your electric bike on a plane, the battery cannot fly with you. Electric bikes require a lithium battery with a capacity greater than 160Wh.

Unfortunately, any non-medical battery over 160Wh needs to stay home.

What Are the Guidelines for Lithium Batteries?

Calculating the Watt-Hours of a Lithium-Ion Battery

While some batteries have the watt-hour rating listed on the bike, the capacity of certain types is listed in amp-hours or volts, not watts.

To figure out the watt-hour rating of your e-bike, you need to multiply the volts by amp-hours.

The formula looks like this: Wh = V x Ah

Your 48V 10 amp electric bike battery has a 480 Wh rating. Since the FAA allows nothing above 100 Wh, the e-bike battery would not be allowed on the plane.

Phones and Laptops are Allowed, Why Not an Electric Bike?

The FAA allows lithium-ion batteries with a capacity of up to 100Wh as carry-on luggage in the United States.

Most personal items, such as phones, computers, and cameras, are permitted to be brought on aircraft under this restriction.

The 100Wh battery capacity is much lower than you find in any electric bike battery.

Some medical equipment requires a battery of up to 160Wh. Those batteries are exempt.

Can You Check a Battery Instead?

There is a 100Wh restriction on lithium-ion batteries transported as checked luggage, and no extra batteries are allowed on board.

This means that the battery must be connected to a device that uses the battery.

Most electric bikes have a battery capacity of 300Wh-600Wh or more, so even if it was connected to the bike, bringing the battery onboard the airline is prohibited.

Flights try to minimize the risk of fire from lithium batteries by controlling where they are stored in the plane and how many watts are allowed per FAA guidelines.

The FAA, TSA, and airlines are concerned about any lithium batteries in the cargo hold because they pose a fire hazard to planes and passengers.

Lithium batteries work because electrons interact with lithium ions to create electricity in the cells. When the electrons and ions mix, heat is generated.

Ideally, this heat should dissipate from the battery cells at the same rate that it creates electricity. Unfortunately, these cells can overheat, breaching the thermal runway.

A thermal runway occurs when the heat increases by 20 degrees Celsius per minute.

The device creates smoke, sparks, shoots shrapnel and gas from the device, and ultimately spontaneously combusts.

The only way to stop a thermal runway is to let the device cool on its own.

The Federal Aviation Administration says they’re concerned about the thermal runway of lithium batteries contained in devices like e-bikes.

They note that recalls on lithium-ion batteries occur all the time on several items. They suggest it’s only a matter of time before a fire starts in a plane because of the thermal runway.

The FAA admits that lithium batteries installed in planes themselves have caused problems. Invisible or hidden fires occur on planes that use these high-power batteries.

Before reaching the thermal runway, lithium batteries get hot and can start a fire in the cargo area.

If that fire reaches the aerosol spray contained in other passengers’ luggage, an explosion could occur.

Between January 2006 and January 2020, there were 268 incidents involving lithium batteries aboard airplanes, which is more than one every month.

Ethiopian Airlines Boeing 757 had a hidden fire because of the batteries contained in the emergency locator transmitter, which is part of the “little black box.”

As part of the report on the accident, they describe the firefighters’ harrowing ordeal just trying to locate where the fire was on the plane before they could put it out:

“…firefighters had difficulty finding the fire as the ELT was installed in the attic area above the passenger cabin ceiling, mounted on a bracket between two fuselage frames, surrounded by insulation blankets. Extinguishing the flames required the removal of ceiling panels.”

What Options Do You Have for Transporting an Electric Bike?

If you’re thinking it sounds impossible to take an e-bike with you as you travel, don’t lose hope yet! Let’s look at the options.

There are two options here. You could ship the battery ahead of you and take the e-bike on the plane.

Or you could ship your bike and battery at the same time, so they’ll arrive at your destination when you do.

Of course, there are additional fees and regulations to be aware of when shipping a large item like an e-bike. You can order a case for your bike on Amazon to protect it during shipping.

Additionally, the battery is considered a dangerous item, so it will need to be properly labeled and have a declaration slip to be shipped.

According to FedEx, your package is shipped via air or by boat based on:

They deal with this sort of thing regularly, so between their battery shipping guide and having people in-store to help, your battery should be good to go in no time.

When you arrive at your destination, check with the local electric bike shop for a temporary replacement.

Make sure to do your research beforehand to make sure batteries are available from wherever you’re arriving.

This option isn’t as popular as it could be, so some larger cities or college towns probably do have battery rental locations, whereas rural areas might not.

Additionally, you’ll want to check the size of the battery on your e-bike. Not all batteries are the same for every model. Bring the voltage, watts, and amp information to the rental shop.

You may also need to look into an adapter kit for the battery. Cables and adapters are available from the many different brands that make electric bikes.

If your destination is driveable, you might consider a road trip with your ebike attached to the vehicle.

This way, you avoid the hassle of shipping or rental fees. Plus, you can enjoy the journey, not just the destination, which is the point of traveling via electric bike in the first place!

Of course, this isn’t a feasible option for long-distance travel.

Taking an electric bike on a trip allows exploration of sights that you couldn’t see on foot or with a tour bus.

While taking an electric bike on a plane is a challenge, there are several alternatives to explore.

Shipping your lithium battery, renting one once you reach your location, or just driving instead of flying are all viable options.

Make careful plans ahead of time for your vacation and your bike ride will be a breeze.