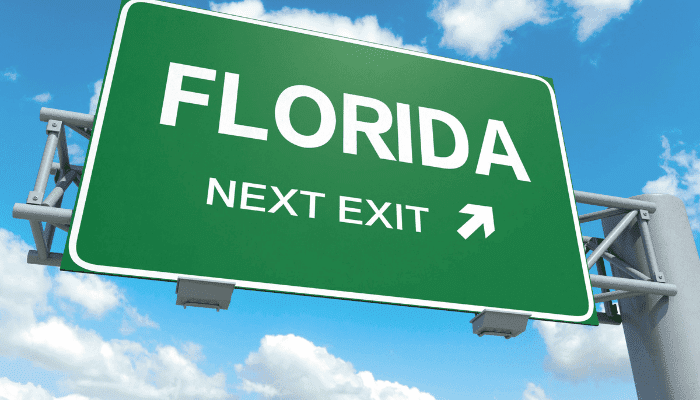 Florida is one of the most popular biking states in the United States. It has level terrain, fantastic weather, and over one hundred miles of biking trails.

In 2019, The League of American Bicyclists ranked Florida as the #10 most bike-friendly state.

So, what if you prefer to ride on an electric bike?

Keep reading to find out if electric bikes are legal in Florida and where you can ride your e-bike in Florida.

Electric bikes have been gaining popularity in recent years, encompassing 10% of all bike sales from 2017 to 2018.

They not only allow inexperienced riders to enjoy the benefits of biking, but they also provide a crucial role in transportation.

In July 2020, Governor Ron DeSantis joined over 20 states in defining laws related to electric bikes and where e-bikes are allowed.

In short, the law defined an e-bike as a bicycle. Therefore, giving an e-bike rider the same rights and responsibilities as a traditional bike rider.

It removed the statewide registration requirement and discarded the age requirement that restricted children under the age of 16 from operating motorized bikes.

The most important aspect of House Bill 971 was establishing a classification system for electric bikes in Florida.

The new law established that e-bikes can be operated anywhere traditional bikes are allowed. E-bikes can now be used on bike lanes, streets, sidewalks, and multi-use paths.

Even though Florida now grants e-bikes to be ridden where traditional bikes are allowed, some restrictions exist when riding e-bikes in Florida State Parks.

According to Florida’s Statue, Section 316.003 and Section 316.1995, only human-powered and human-powered with electric assist are allowed in Florida State Parks. Human-powered e-bikes with gas-assist and motorized (electric or gas) bikes are not allowed.

Furthermore, most major trail systems in Florida do not allow e-bikes; however, riding e-bikes on shared-use trails is an exception to the rule.

The Sun Trail is an example of a shared-use trail where riders can operate electric bikes.

Can I Ride An E-bike On The Sidewalk?

Bicycle riding on sidewalks is permitted according to Florida State Laws.

House Bill 971 gave classification to e-bikes and declared that e-bike riders have the same rights and responsibilities as traditional two-wheeled bicycle riders and pedestrians.

Since traditional bicycle riders have always been allowed to ride on sidewalks and other dedicated lanes, the new law gives these same rights to e-bike riders.

Nonetheless, counties and municipalities still have the right to pass ordinances to regulate e-bike operation on sidewalks, streets, highways, and other biking areas.

Riding An E-bike On The Beach In Florida

One such regulation many beach communities adopted is no riding e-bikes on the beach.

Some Pinellas County beach communities have begun to ban e-bikes on the beach and sidewalks near popular beach boulevards.

North Redington Beach, Madeira Beach, and St. Pete Beach are some of the latest cities to implement these regulations.

E-bike riders in these communities are encouraged to use bike lanes, local parks, and the Pinellas Trail.

Where Can I Ride An Ebike In Florida?

E-bike riders can now ride on several trails in Florida, otherwise restricted before the change in Florida State Law for e-bikes.

Florida offers trails for all skill levels, from urban paved trails to popular bird-watching trails, to beach trails. Here are a few of the most popular Florida trails that allow e-bikes.

Florida is a friendly state for traditional bikers and those who ride e-bikes. Before 2020, there were several restrictions on e-bike use; however, with a change in Florida bike laws, e-bikers now have the same opportunities to ride in Florida.

Even though the new law lifted many e-bike restrictions, Florida still allows counties and municipalities to pass ordinances to regulate e-bike operations.

So, when preparing for your next e-bike ride in Florida, be sure to check all local rules and regulations.

Most of all, always be safe and happy biking!