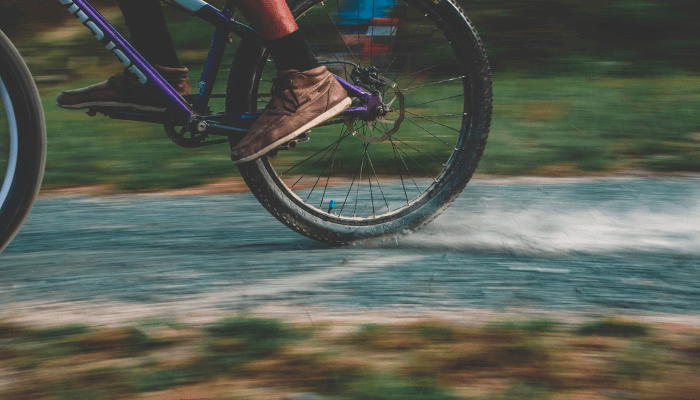 Unfortunately, e-bikes come with a maximum speed of 20 miles per hour, which is the greatest downside for most e-bikers. Luckily, there is an easy fix: derestricting your electric bike.

To derestrict your electric bike, you can remove the speed limiting wire or manually tune the bike to be able to reach greater speeds.

Whether or not you should, however, depends on why you want to derestrict your bike.

Most electric bikes can only achieve an upper limit of 20 miles per hour. Despite how this may seem, the manufacturer is not trying to ruin your fun.

Rather, these restrictions are based on the law. In the United States, electric bikes fall under the category of Class 2 bikes.

The government mandates that these vehicles top out at 20 miles per hour.

Many people have found a way around this loophole by derestricting their electric bikes.

Essentially, derestricting is the process of taking out your bike’s pedal assistance system. In turn, you will easily be able to surpass the 20 miles per hour limit.

Why does the Government Limit Speed?

Even though it may not seem like it, the government has your best interests at heart. Although it would be ideal, many cities don’t have designated bike lanes.

E-bikers often share the same roads and terrain as other motorists like motorcyclists, car drivers, and truck drivers.

E-bikes that surpass the mandated speed limits pose not only a personal safety hazard but are also dangerous to other motorists and pedestrians.

According to a study by the New York University Langone Medical Center, e-bike injuries were three times more likely to involve a collision with a pedestrian or another biker.

This study used the official 25-mile-per-hour cap to gather its data, so you can imagine that increasing the speed could potentially result in more severe injuries.

Therefore, you should proceed with derestricting knowing that the process could result in physical harm.

How to Derestrict your Electric Bike

Now that you are aware of the risks associated with derestricting your electric bike, let’s talk about how you can achieve a higher mph with your e-bike.

Depending on the type of electric bike you own, there are a couple of ways that you can go about derestricting it.

Your electric bike’s built-in pedal assistance turns off once it reaches 20 miles per hour.

While the motor will still run, it will no longer provide any added assistance once you reach this maximum speed.

To maintain it, you’ll have to put in the extra effort of pedaling, which can become extremely tiring very quickly.

Whenever your speed dips back below 20 miles per hour, the pedal assistance kicks back in.

If you’d like to hack this system and unleash the motor’s maximum power, you can tune your bike and remove the pedal assistance.

Removing the speed limiting wire is by far the easiest method of derestricting your electric bike. Unfortunately, this method only works with specific models.

If your bike comes with a speed limiting wire, though, removing it will guarantee you increased speeds and a cleaner riding experience.

First, you’ll have to locate the wire. For bikes with a speed limiting wire, you can usually find it in the controller. Once you locate it, you’ll find that it easily snaps right off.

Without the speed limiting wire, your bike will now be able to keep the pedal assistance above 20mph.

This next method is more labor-intensive and requires a deeper understanding of your electric bike’s mechanics and the ability to identify key parts.

A sensor and magnet work together to measure your speed and then either activate or deactivate the pedal assistance.

By disrupting this function, you’ll be able to bypass these restrictions and achieve the engine’s maximum potential.

Fortunately, you don’t have to remove the sensor to disrupt it; you simply have to shift its location. Specifically, you should move it further away from the magnet.

Once the sensor and magnet are further apart, the sensor will observe slower speeds and won’t turn off the pedal assistance once you reach 20 miles per hour.

Here’s how you should go about it:

The sensor won’t be able to accurately report your speed to the pedal assistance, which means you’ll be able to use the engine even beyond 20mph.

These hacks are easy to perform yourself, but you should be sure that you know exactly what you’re looking for before beginning so that you don’t damage an essential component of your bike that you can’t fix on your own.

Downsides of Derestricting Your Electric Bike

As with all things, some downsides come with derestricting your electric bike.

Let’s take a look at a few of the most common (and potentially severe) consequences of derestricting an e-bike.

Your Battery Will Drain Faster

While you may assume this means you’ll have to charge it more often, a drain like this has more serious consequences.

The bike manufacturer installed a battery that functions best when your bike rides at a maximum of 20 miles per hour.

Since the battery wasn’t expecting to handle the increased mileage your derestricted bike will achieve, you run the risk of killing the battery.

Discharging batteries also don’t produce the same amount of power as fully-charged ones.

Essentially, this means that the longer and faster you ride, your power return diminishes. The more the batter drains, the more you’ll lose the added momentum you gained from derestricting your bike in the first place.

If you tamper with your bike’s pedal assistance, it will likely void the warranty. Depending on the model and manufacturer, the warranty limits may vary.

Depending on the warranty, the modifications you make may not hurt your chances of getting low-cost or free replacements for any malfunctioning parts.

However, assume any unauthorized tampering will void your warranty.

This means that if something goes wrong with your bike, the manufacturer does not legally have to repair or fix it, even if it was their fault.

Unfortunately, this may result in a large, expensive repair bill on your part.

A significant portion of electric bike injuries result in concussions and other serious injuries.

While concussions aren’t usually life-threatening, they can disrupt your life for days or weeks.

Furthermore, electric bikes are often allowed in places that traditional vehicles are not.

This closer proximity to humans and passersby means that the chance of an accident is higher. If you’ve derestricted your bike, the injuries that you or another victim sustains could be serious.

In the United States, electric bikes have a federally mandated maximum speed of 20 miles per hour.

By tampering with or influencing the pedal assistance feature, you’re transforming your bike from a road-compliant vehicle to one that’s not road-compliant.

This means that its classification is different, and you will have to follow those laws.

Derestricting your bike requires you to register it the same way you would with a car or motorcycle.

This requirement doesn’t apply to regular bicycles or restricted electric bikes. You’ll have to pay a fee to register your title in your state and purchase insurance to comply with the law.

If law enforcement officers catch you speeding, you could face fines, tickets, or even jail time.

If law enforcement determines you have a derestricted bike and haven’t registered it, you could face the same consequences as someone riding in an unregistered car.

Generally, electric bikes are less expensive, better for the environment, and allow closer proximity to nature that you can’t experience with a car.

Electric bikes are also a great way to get more exercise into your daily routine.

However, many people aim to increase their electric bike’s speed beyond what the manufacturer and the law allow.

Few things compare to the euphoria of gaining maximum speed from your electric vehicle, so it makes sense that you’d want to learn how to achieve this.

Derestricting your electric bike allows you to bypass the manufacturer’s built-in assistance limit.

The result is a bike that rides much faster than the predetermined limit of 20 miles per hour.

However, it is vital to take the necessary precautions to keep yourself, pedestrians, and other motorists safe by abiding by traffic laws and being diligent on the road.

It is also essential for you to adhere to your electric bike’s new classification under the law.

The most important part of being an e-bike rider is keeping yourself and others safe. As long as you remember this, you’ll be able to ride safely and speedily. Happy riding!