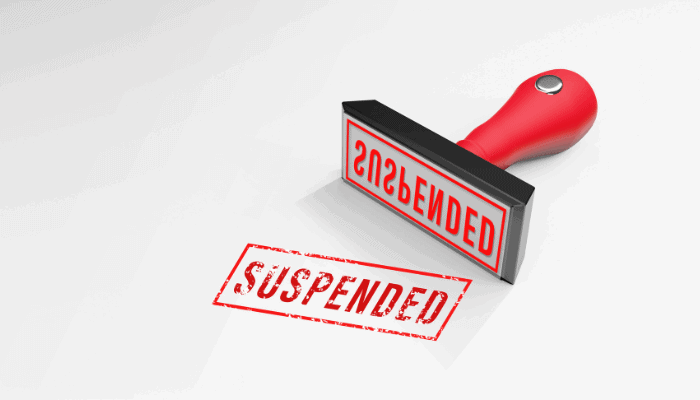 We’re living in exciting times. The electric bike is here, and it’s been a game-changer. It has greatly transformed how we get around cities.

But can you drive an e-bike with a suspended license? Let’s find out!

Can You Drive an Ebike With a Suspended License in the US?

The short answer is no. You cannot. You can only drive a motorized vehicle with a valid driver’s license.

That said, there are many alternative ways to move if you have a suspended license.

You can ride a low-powered electric bicycle in many states even if you had your license suspended.

While laws vary by state, you can generally ride an e-bike without a license if it’s less than 250 watts and goes less than 25 kilometers per hour (15 mph).

These are typically Class 1 and Class 2 e-bikes.

For many people, riding a bicycle is a fun and easy way to get from one place to another. Having a bike can help you get exercise and save you money on transportation.

You can always ride a bicycle, or if you want to go farther distances, take public transportation.

You don’t need a license to ride a scooter. You can ride one without needing any special license or registration.

In some states, scooters fall into the category of electric bicycles, and you can ride them without a license, but you should check your local laws before riding one.

Can You Drive an E-bike With a DUI?

DUI is Driving Under the Influence. All the states have laws prohibiting driving while under the influence of alcohol or drugs.

Most states also have laws prohibiting riding on a motorcycle while under the influence of alcohol or drugs.

Different state laws may allow people charged with DUI to ride electric bikes instead of driving a car. However, these bikes must fit the low-class 1 and 2 E-bike categories.

Class 1 Ebike has assistance and can manage speeds of up to 20 mph (32 km/h). This bike is your basic E-bike—it has a throttle and no pedals.

Class 1 e-bikes don’t require registration or insurance in most states.

It is legal to ride Class 1 e-bikes on bike paths and sidewalks, as well as roads open to traffic.

Class 2 is throttle-assisted with speeds that reach 20 mph. These bikes have throttles activated by the rider, who must pedal them before they can use the throttle.

You can ride Cass 2 bikes on bike paths or sidewalks in most states.

You do not need insurance for these E-bikes unless you live in California, where you will need it if you want to ride on public roads with your class 2 bike.

Ebike Classes That Require a License

If you are riding an electric bike with a power capacity of above 250 watts and top speeds of more than 25kmph, you need a license to ride it.

These are pedal-assist bikes. Pedelecs look like regular bicycles but have an electric motor that kicks in when you need extra help pedaling up hills or out of the saddle for long periods.

The pedelec has an automatic throttle that kicks in at speeds above 28 mph if you don’t pedal enough on your own, which is why they get their own kind of category.

Class 4 e-bikes are pedal-assisted but have a throttle (or twistgrip) that allows for acceleration without pedaling.

Theoretically, you could go faster than 37 mph on these bikes (if you’re strong enough). You can use these bikes on bike paths and in most areas where motorized vehicles are allowed to ride.

The Class C license is a license for motorized vehicles. You will need this license to drive any motor vehicle, even if it only has one cylinder or less than two brake horsepower (BHP).

You need a Class C license to drive cars, mopeds, scooters, motorcycles, and other vehicles such as electric bikes.

A special type of license, the Class M, allows you to operate mopeds, motorcycles, and E-bikes, including those classified as “limited speed.”

You can also use this license for standard scooters with three wheels (and two rear wheels).

Can You Get a DUI on an Ebike?

A common misconception is that getting a DUI while riding an e-bike means you won’t have your driver’s license suspended because “it’s not an actual car.”

While there are specific rules regarding e-bikes (and scooters), they don’t exempt you from the law if you ride drunk.

So if you’re caught riding an e-bike while intoxicated, even though it isn’t a motor vehicle, you’ll still face penalties for violating those laws.

You can’t ride an electric bike with a suspended license in most states.

Although some laws may consider electric bikes motor vehicles, they don’t fall under the same laws as traditional bikes. The most common laws that apply to electric bikes are:

Can You Ride an Ebike on the Road?

Yes, but only if it has a speed limiter (which limits the bike’s maximum power) to 32km/h or less.

If your bicycle has no speed limiter, you cannot ride it on cycle lanes or in any other public space such as cycle paths and bridle paths.

You can’t ride an e-bike on the pavement because it may be too narrow for pedestrians and cyclists.

People on the pavement may also be in a hurry and unaware of cyclists trying to overtake them.

Remember that an e-bike can go as fast as 25 miles per hour, making it dangerous for pedestrians.

If you ride your e-bike on pavement, you could be fined up to $500 and may have to pay points on your driving license, depending on your area.

Can You Ride an E-bike if You Are Banned From Driving?

If you do not have permission to drive, or if your license got suspended, it’s unlikely that you’ll be allowed to ride an e-bike.

Most states in the United States have laws against operating a motorized vehicle with a suspended license.

Any attempt to ride an e-bike with a suspended license may result in more trouble: first as an infraction and second as evidence that you’re breaking the law.

Even if your DUI only resulted in a charge and not a conviction (i.e., plea agreement), attempting to operate an e-bike could lead you directly back into court.

Can you drive an e-bike with a suspended license? The answer is no for Class 3 and Class 4 e-bikes and yes for Class 1 and Class 2 e-bikes!

Just make sure that it’s registered and has insurance so that if something goes wrong while riding around town on one of these things, no one gets hurt or injured.